You are here: Home / Archives for Sermon Recap

Imagine you’re in a cave with a flashlight. Your buddy is ahead of you. Suddenly you come to a chasm in the floor that you must jump over. You can see the other side ,and realize that while it’s far away, its close enough to jump, though you’ll have to make a good jump. Your buddy goes first, and just as he leaps off, your flashlight dies and the darkness envelopes you. The seconds it takes for your buddy to land seems like an eternity, and you hear noise from across the chasm, but you’re not sure if he made it or not. But you know you’ll have to make the jump too. 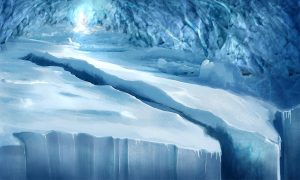 What would you be thinking? You’d probably be pretty apprehensive. Maybe even scared. That’s ok. Most likely all the possibilities of jumping and falling would come to mind, because you couldn’t see if your buddy made it. You can’t see the other side. You can’t see the bottom. You won’t see yourself jump. You’re scared of what you can’t see.

Yesterday we talked about trusting God with the unseen. Most of us would agree that to do so is needed and good. The problem is it’s hard. And the problem is we’re not entirely sure that God can indeed handle everything that we can’t see, because we can’t.

Let’s go back to the cave. There are several seconds of silence, than you hear your friend say, “I made it, I’m ok, and I’ll tell you exactly how to jump. You will be OK.”

Would you believe your friend? Would you believe them if they told you exactly how many steps to take, and how hard to push off, and said they’d catch you? After all, they’ve been there already, they should know, right?

I want to encourage you that God’s already where you’re not. God’s already figured out how to handle what you can’t see, and to trust Him with that sometimes takes a leap of faith. God doesn’t always tell us exactly how it’ll go, but He does promise He’ll take care of you. Sometimes that’s not how we expect or wanted, but if God is taking care of us, that’s good.

I love what Peter writes in his epistle, to Humble yourselves, therefore, under the mighty hand of God so that at the proper time he may exalt you,  casting all your anxieties on him, because he cares for you. (1st Peter 5:6-7, ESV). It takes humility to admit you can’t see, and to submit to someone elses’ guidance. It takes courage to cast your fears & anxieties on God, because you’re admitting you’re not in control. But God cares for you, and will take care of you. This passage is right before Peter warns us about the devil prowling around like a lion looking for someone to devour, speaking of things not seen. 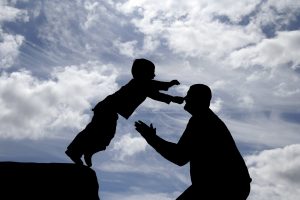 The centurion had Jesus’ word that his servant was healed, and had faith in Jesus’ unseen ability to do so. He may yet have had fears, or anxieties about the situation, but it didn’t stop him from taking a leap of faith, and believing Jesus’ word.

Jesus is on the other side of the chasm. He says trust Me, believe Me, & you’ll be ok. We can be thankful for His word, if only we believe it. Take the leap of faith into what is unseen to us, but God has already seen, dealt with, handled, and wants to guide you through. Grace to you.

Happy Tuesday to you as well as the rest of the week!

Sunday’s sermon was “Growing in Wisdom,” based off of Luke 2: 40-52, which you can listen to here. My main point was taking the principles that we can find in this passage about Jesus learning and apply it to us, that study & learning starts at home, that we should know who are & our task, that we should amaze people at our life & devotion to Scripture, & that we should submit but not be bound to people with knowledge or authority when it comes to all this. The sermon received a nice response for which I’m grateful, but I did want to elaborate on something I said.

I made the case that I believed that Jesus had no help in learning Scripture – that He had to learn what He did just like one of us: reading, memorizing, talking it through, being taught, etc., based mainly off of Luke 2:40 & 52. This, at least in other circles, is a fairly controversial

statement. Though I don’t want to create controversy in any way, I’d like to share a few thoughts on why I believe that Jesus was 100% human in every way as we are while still also being God.

Scripture Says He Was

Ok, this is the simple one, but it’s no less valid a place to start than anywhere else. Indeed there are several places in which Scripture says Jesus was a human being as you or me, including all of our limitations. For example:

There’s just a few which talk about that Jesus was indeed human like us. So the question is why does that matter? Well it matters because point number 2…

Jesus Couldn’t Have Had an Advantage

This may sound a little weird, after all it’s Jesus we’re talking about! What I mean though is that for Jesus to come and truly experience humanity as one of us He couldn’t have had an advantage to make Him anything other than a limited human. This plays into point number 3 as well but we’re not there yet! Consider the Hebrews passage.  Jesus became like us in every way, even to the point of being able to be tempted. Something is not a temptation unless it actually tempts you, and it cannot be a true temptation unless you can indeed choose to follow through. Jesus had to experience temptation just like you & me so that He could show us how to not fall to temptation. If Jesus had help in any way that we don’t have, it’s unfair to say He can help us & we’re to be like Him.

Consider the Philippians passage about Jesus emptying Himself. What did He empty? I believe it was the nature of God, the omniscience (all-knowledge), omnipotence (all-power), spiritual nature that, well, we as humans don’t have. Why would He do this? To experience humanity, to know what its like to get hungry, tired, cranky, exasperated, all those good things. Consider Mark 13:32 where Mark writes that Jesus at that time didn’t know when He would return in power & glory. Why wouldn’t He- He’s JESUS!?! Because He was human, and humans don’t know everything.

Now, this seems in conflict with that fact that Jesus knew what were in man’s hearts & that He performed miracles. Well there are a few explanations for this.

As far as prophecy & knowing all men (John 2:24) and their hearts, God easily could have revealed it to Him as was needed, the same way prophets had been revealed prophecy for centuries. Just as likely, and probably not exclusive, is that Jesus was adept at reading people & inferring their motive. The Old Testament speaks frequently about men’s hearts (Jeremiah 17:9, Psalm 51:5, Psalm 119:2, Proverbs 3:5) and much of the history is men following their own hearts instead of God.  For example, there was a couple that came to see me several weeks ago that had been experiencing some relationship problems. They told me a few things, and I proceeded do draw a picture of their communication cycle (or lack thereof). I made a few guesses about what did or didn’t happen that were correct, and they were amazed that I “knew” all this about their relationship. It wasn’t miraculous, I’ve just studied relationships.

Concerning miracles, John writes in 2:23, 12:28-29, & 20:30-31 that the purpose of miracles were to confirm who Jesus was. Let’s go back to the Philippians 2 passage, in which the next line from which I paraphrased says that Jesus humbled Himself by becoming obedient to death, even death on a cross (Phil. 2:8). Notice a few things here – Jesus humbled Himself in the emptying of Himself, and He became obedient. The logical question is to whom? The answer is to God.

John also writes in 5:30, “By myself I can do nothing; I judge only as I hear, and my judgment is just, for I seek not to please myself but him who sent me” (NIV). For one more take Jesus praying in Gethsemane that the cup of the cross be taken from Him, but God’s will be done (Matt. 26:39). Jesus obviously had His own will, but He was submissive to the Father who sent Him to do His will. So could Jesus have done miracles outside of God’s will? Consider John 16:23 in which Jesus you can ask for anything in Jesus’ name & His Father will do it, or 15:7 which says, “If you abide in me, and my words abide in your, ask whatever you wish and it will be done for you.” Anyone who has ever prayed for a brand new car to appear, instant weight loss, or someone to change who they are knows this isn’t true. Then what does it mean?

It means asking in submission & obedience of the Father’s will, same as Jesus. Jesus was able to do miracles, signs, & wonders because that was God’s will for Him to do so, and spoke to Jesus’ purpose on earth. Which speaks to point number 3… 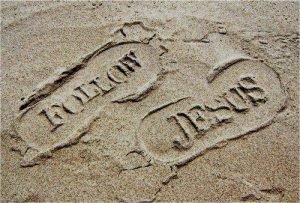 Jesus came to be one of us so that we could be like Him. I believe that every one of us could enjoy a never-broken relationship with God from this point onward (1st John 1:7ff) because of what Jesus did – live a perfect life & be sacrificed for His brothers & sisters. If He came to be completely like one of us, it makes sense that it would be so we could be like Him. This goes into what I alluded to earlier as well, that if Jesus came to show us God & how to be obedient to God while having supernatural help, its a vindictive God that would hold us to that standard yet take away that advantage. Jesus had the same life we do – prayer, the Spirit, & the free will to make the right choice, as well as a Father God who loved Him deeply, as do we all.

That’s where I am right now. Could I be wrong? Sure. I always invite you to let me know where you respectfully agree or disagree, and I look forward to coffee or lunch where can study together, both of us in the grace of God revealed in His Son. Grace to you.

When is church? Where is church? What if it was all the time, & everywhere we go? Northern Hills Church of Christ strives to live as the church, as Christians devoted to Christ's teachings & example. Church isn't just something we do, it's … END_OF_DOCUMENT_TOKEN_TO_BE_REPLACED