LIFE: The Gospel of John -Sunday and Wednesday December 2018-Present 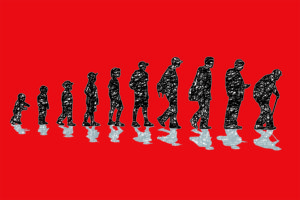 Old to New Testament Ethics: The Sermon on the Mount – September 16th, 2018

Summer Series 2016- Premillennialism- June 8th, 2016
In the first of our 2016 Summer Question Series, Thomas takes a look at the doctrine of premillennialism, & answers the questions of what is it, where does it come from, and is it Biblical.

Summer Series 2016 – Praying in Jesus’ Name – June 29th, 2016
What does it really mean to pray in Jesus’ name? Does it mean that we must say “…in Jesus’ name…” at the end of every prayer? Does it mean something else? Alan takes on this question & leads a good discussion.

Summer Series 2016 – The Holy Spirit – July 27th, 2016
Bryan uses a lot of Scripture to answer the question of the Holy Spirit, His presence through Scripture and how He works in our lives today.

Summer Series 2016 – Numerology – August 3rd, 2016
Bryan takes on an interesting subject in numerology, looking at what is it and is it Biblical. Bryan takes us all through Scripture using several examples of different numbers and why interpreting them as more than Scripture says they are isn’t wise.

The Parables – October 21st, 2015 – Thomas Pruett
In this class Thomas takes a short look at the parables of Jesus- what makes a parable, what does Jesus talk about in them, and how to interpret them.

When is church? Where is church? What if it was all the time, & everywhere we go? Northern Hills Church of Christ strives to live as the church, as Christians devoted to Christ's teachings & example. Church isn't just something we do, it's … END_OF_DOCUMENT_TOKEN_TO_BE_REPLACED