You are here: Home / About Us

Learn about our congregation & how we came to be. 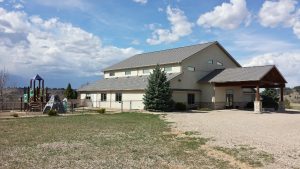 The congregations merged in the 1990s and built a new building together in the early 2000s. Do we have differences? Of course we do. Do we agree on absolutely everything? Not always, but we make a point to always put fellowship, love, & grace before our own opinions, and remind each other to show Christ to each other.

Since the merger, NHCC has only had 4 on-staff evangelists, but from the histories of both churches have had wonderful minsters of the Gospel. Longtime area preachers like John Dennis & Calvin Chapman have preached for us and both still preach at the Black Hills congregation in Rapid City and the church in Faith respectively. 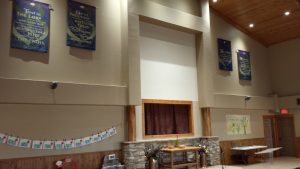 Jerry Savage & Ken Tackett were the ministers that saw the building built and many people added to the church. Jerry & Ken served here for 14 & 12 years respectively, and still talk warmly about their time at NHCC.

Thomas Pruett, with his wife Amy and their four kids, served at NHCC as our minister from February 2015 until February 2019.  They moved away to be closer to family and we still miss them dearly.

We are prayerfully searching for a new minister at this time.

We’re fairly diverse here at NHCC. We have every age group and all sorts of backgrounds, from people who were born and raised in South Dakota to people who’ve been all over. We’ve veterans, college students, young married couples, ranchers, social workers, community leaders- we’re just a group of people from all over that come together to serve Jesus. Before Christianity came along there was no way a slave, a soldier, a Jew, a Gentile, a woman, and a senator would have EVER sat at the same table in peace, yet that’s what Christianity does, which is reminiscent of our congregation. All are welcome because Jesus died for all!

When is church? Where is church? What if it was all the time, & everywhere we go? Northern Hills Church of Christ strives to live as the church, as Christians devoted to Christ's teachings & example. Church isn't just something we do, it's … END_OF_DOCUMENT_TOKEN_TO_BE_REPLACED