Hope everyone if off to a great start to the week. This recap talks about the second Christian Morals & Ethics class & “More Than One Way to Shep” sermon from July 29th. The audio links are below –

This second class was one I’ve been looking forward to since we first decided to do a class on ethics.

We looked at some -isms that have influenced our culture – multiculturalism, pluralism, relativism – some influences in ethics – situational & emotive ethics – & finally ended with the source & authority for Christian ethics. The answer wasn’t what the class expected it seems, and I’m not going to go into great detail of the answer here. If you weren’t able to make it to the class, I invite you to listen to the recording. We’ll continue that direct thought & expound upon it in two weeks, the Sunday after camp.

I would like to just elaborate with one thought on how “Because the Bible says so” isn’t a valid source for ethics. I believe this is particularly important in modern culture as the Bible is arguably less ‘valid’ for more people than ever. I know from my personal studies with people of all ages, with Science claiming to be able to answer every question, and the aforementioned abuse of multiculturalism more rampant, the Bible is being relegated to just another ancient text from some other ancient writer about some other ancient god. Most of us who attend class have been a Christian for a while and might not even stop to consider how God & Scripture, and therefore what He & it says, would be viewed by someone who views it simply as another outdated book. Not to mention that it is fairly easy to remind Christians of the myriad of historical abuses in the name of Scripture which we can’t deny.

Indeed, especially in this culture of faux-tolerance and blind acceptance, any writing, whether 2000 years old or last week, that condemns behavior and holds people accountable to moral ills, thereby acknowledging they even exist, is not to be tolerated or accepted, and any charge against it must be exploited. After all, Scripture itself says quite plainly, “There is no God….”

This is why it is exceptionally important to realize the proper source for authority & ethics, not only to have the right exegesis of Scripture, but our authority is who or what we’ll live by and therefore show to the world. I’d much rather be able to explain, talk about, & show the character of God than be beholden to explanations of irrelevant, non-contextual criticisms, wouldn’t you? 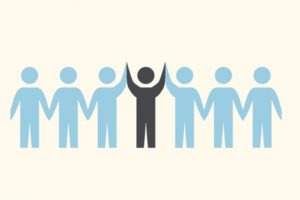 This sermon may have been something many of us already knew or were aware of, and I’ll grant that the things we’ve talked about the last two weeks have been simple, but not at all simplistic. The standard of shepherding to which not only our leaders are held but indeed all of us is a high one. Three thoughts that you may also know, but I still feel necessary to say.

We’re all in this together, and I’m praying for you. Grace to you.

When is church? Where is church? What if it was all the time, & everywhere we go? Northern Hills Church of Christ strives to live as the church, as Christians devoted to Christ's teachings & example. Church isn't just something we do, it's … END_OF_DOCUMENT_TOKEN_TO_BE_REPLACED