I know it’s two weeks late, but better late recap than no recap!

There will be a few things from last class I’ll be addressing rather directly in this coming class (the aforementioned hermeneutic references as well as  a little more thorough explanation of the benefit of agreed upon hermeneutics), but there’s one thing here I’d like to expound upon. 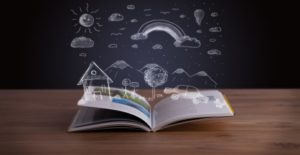 Give or take 75% of Scripture has been given to us in narrative form, or story form if you will. What does that mean? Well known exegetical writer Gordon Fee describes narratives as, ““Narratives are stories purposeful stories retelling the historical events of the past that are intended to give meaning and direction for a given people in the present.” Most of the Old Testament books are narratives. The Gospels, where we learn everything about Jesus, are narratives. Acts, mainly from which we base our example of what church should be & look like, is a narrative. Need I go on…

The point of describing Scripture this way is to point out what is was written for. The Bible wasn’t written for us to simply look things up when we need them like a references manual, nor to clarify exact life issues like a word in a dictionary. It was written to fashion, form, guide, direct, convict, & equip (2 Tim. 3:16-17) God’s people to do God’s work in the world. You don’t get there by simply memorizing texts & looking up when to do what how. You get there by realizing what has come before, what has happened before, how it affects you, & what part you now must play because of what’s happened looking forward to what will happen.

Put another way, because of the true narrative of what God has done before you came along, & because that narrative does indeed affect you, you now ought to become a part of that continuing narrative to help God continue the narrative of what He’s done & doing in the world.

Hebrews 4:12 says the word of God is alive and active, that it’s sharper than any double-edged sword, it penetrates even to dividing soul and spirit, joints and marrow; it judges the thoughts and attitudes of the heart. While I don’t have a time to go into a full fledged word study on “word” (logos), though suddenly I’d like to, what I will tell you is that logos does not only mean things written down. It means the full language of, a collection of that which is put together in thought, the full idea or conception of something, which is then often written down or communicated in some other way. 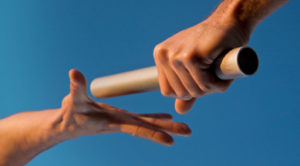 Here’s what I’m getting at.  The word of God, the whole language & idea of what God has communicated to us, which we know through Scripture, IS powerful and piercing. It DOES equip and train. But not by us simply looking at a passage and doing what it says. That’s called obedience. Which is important, but not the goal of Christianity. The goal is to transform our hearts & minds first by making us new in Christ from the stains of the sin & the world, and then to transform us into the image, the word if you will, of whomever God made & intends us to be. That’s not done by simply obeying a command. That’s done by realizing the entire huge journey (story) of what God has had to do, learning the whys, seeing the responses of people, resolving through conviction to or not to do the same thing, truly understanding that Jesus is the embodiment of the image of God as a human being, someone like me & you who was flesh & blood, striving towards His example in the ways He showed us, taking His death as truly done in your place, and then deciding what that means for you right now & what to do about it. God, and His Word, have been active all through history and will continue to be, and by that activity we become active with, for, & because of them.

Now you don’t have to call it a story if that makes you uncomfortable. But please forgive me when I do, because the story of God is so much more compelling than a rule book, a checklist, or even simply a historical account of something. We don’t fit into rule books. We do fit into the story of God, & His story continues through us & the modern church.

Allow me to quote a passage from NT Wright’s Simply Christian, page 185-187,

“The Bible, in fact, is not simply an authoritative description of a saving plan, as though it were just an aerial photograph of a particular piece of landscape. It is part of the saving plan itself. It is more like the guide who takes you around the landscape and shows you how you can enjoy it to the full. That is why the Bible’s “authority” works in an altogether different way from the “authority” of, say, the rules of a golf club. The Bible does indeed contain lists of rules (the Ten Commandments, for instance, in Exodus 20), but, as it stands, as a whole, it doesn’t consist of a list of dos and don’t. It’s a story, a grand, epic narrative that runs from the Garden of Eden, where Adam & Eve look after the animals to the city which is the Bride of the Lamb, out of which the water of life flows to refresh the world. It is, after all, a love story, albeit with a difference. And the authority of the Bible is the authority of a love story in which we are invited to take part. It is, in that sense, more like the “authority” of a dance in which we are invited to join; or of a novel in which, though the scene is set, the plot well developed, and the ending planned and in sight, there is still some way to do, and we are invited to become living, participating, intelligent,  and decision-making characters within the story as it moves towards its destination…

Living with “the authority of scripture,” then, means living in the world of the story in which scripture tells. It means soaking ourselves in that story, as a community and as individuals. Indeed, it means that Christian leaders and teachers must themselves become part of the process, part of the way in which God is at work not only in the Bible-reading community, but through that community in and for the wider world.”

When is church? Where is church? What if it was all the time, & everywhere we go? Northern Hills Church of Christ strives to live as the church, as Christians devoted to Christ's teachings & example. Church isn't just something we do, it's … END_OF_DOCUMENT_TOKEN_TO_BE_REPLACED